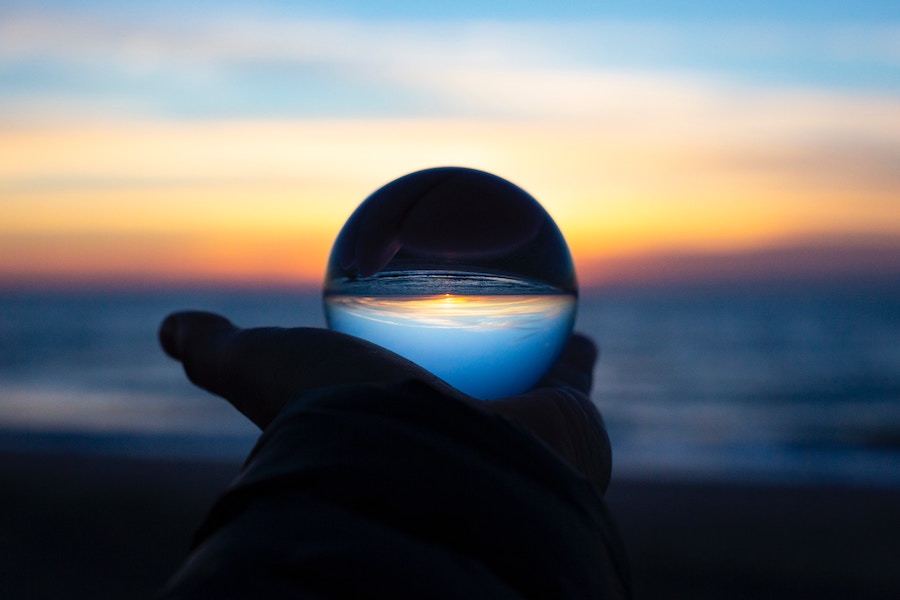 January 7, 2020 – There will be wild animals paired with tacos, a church with its own craft taproom and salads with soul. There will be old favorites making brave new plays and historic properties finding modern relevance. And there will be a garden-to-plate legend expanding his game and an anti-farm-to-table chef peddling fried chicken.

With ongoing climate turmoil intensifying, technology moving with unprecedented pace and a presidential election that might be the nastiest in U.S. history, 2020 is guaranteed to be a crazy 12 months. Fortunately it will also be flavorful one, for a range of reasons.

Here are some of the reasons we at Edible Monterey Bay are most excited:

David Kinch has done just about everything worth doing in the world of food, between pioneering farm-to-fork food in California, earning three stars for Manresa and serving as dean at the International Culinary Center. Now he’s introducing a French-Italian concept centered around a rotating menu of five or six pasta dishes and five or six wood-fired pizzas in the new Aptos Village complex. The name, pronounced Men-tone-eh, comes from the Italian spelling of the French Mediterranean town of Menton, which sits on the border with Italy. “I’ve always found inspiration in the Italian and French Riviera, and I’m excited to present a casual and fun interpretation here on the Central Coast,” Kinch says. GM Chris Sullivan says a February opening is still possible, pending county inspections. Opening night will feature a community open house with wood-fired pizzas, glasses of Rosé, and frozen Aperol spritzes. “Should be a blast,” Sullivan says.

As a down-to-the-foundation buildout continues on Broadway Avenue/Obama Way, chef-proprietor Klaus Georis is homing in on a firmer open date. July looks doable. Maligne is the feminine of malin, which in French means clever and mischievous. “When I was a little kid, I was called malin all the time because I was always getting into things I shouldn’t,” Georis says. “And feminine suits the almost delicate style of cooking I like to do.” The main focus will be wood-fired foods, with a lot of raw and seafood elements too—think oysters, prawn cocktails, smoked chicken in miso-style sauce, whole-roasted fish finished with oyster bearnaise. “The best way I’ve found to describe it is affordable fine dining,” says Georis, who’s been honing his seafood skills as sous chef for decorated chef Dominique Crenn’s 100% pescatarian Bar Crenn in San Francisco.

Many people cite beer as evidence God wants us to be happy. Greater Purpose taps into a whole new dimension of faith and fermentation. The self-described “open and affirming, science-embracing, responsibly drinking [church]…who cares about those suffering in the community” is building a restaurant-brewery in downtown Santa Cruz with the goal of diverting 30 to 60 percent of earnings to nonprofits like Planned Parenthood, the Homeless Garden Project, the Diversity Center and Save Our Shores. The menu leans Southern-style comfort food with vegan and vegetarian options; the welcoming atmosphere extends to “all faiths/no faith, gender, sexual, and ethnic-racial identities”; the opening date was originally slotted for last summer, so let’s pray it opens soon.

The former Wild Things is undergoing a dramatic renovation that insiders say will run upwards of $5 million. Meanwhile, popular Wedo’s Tacos—which made its debut as food-truck-in-residence at smash hit Dustbowl Brewing this summer—is customizing a second truck for the rural Salinas spot. So on top of the elephants, alligators and African lions, there will be a kid-centric menu of quesadillas, fries, churros, rotating specials and more. March 1 is the scheduled open date.

The Bulldog has completely gutted its interior along with the Bizness and laundromat next door, clearing the way for a much more spacious bar-restaurant. “It’ll be so big we’ll have to rename it the Great Dane,” a builder told EMB on an impromptu visit. As this publishes, new gas lines, electrical work, framing and hood are installed and February represents an optimistic reopen date. Both spots will take the refresh as a chance to expand in more ways than one. “We’re going to continue with what we do best, add some wrinkles and some additional hours,” says Nacho Bizness co-owner Steb Montez.

Long under construction, Soul Salad at 7957 Soquel Drive in Aptos is now predicting a May opening, pending inspections and utilities. On the menu will be a variety of nearly two dozen healthy organic salads, grain bowls, soups and breakfast burritos. Also soul.

One of the strongest—and time-honored—local breweries, which enjoys all sorts of placement around Monterey Bay and a cult classic taproom in Marina, has a new venue on the way. The new spot will host beer tasting at 111 Capitola Avenue in a modest little place decorated to resemble an old English cottage. March 1 is the penciled debut. All 12 EA beers will be on offer, as will pints, a few wines and a little retail. “It’s all the flavors of English Ales in a new, convenient and cozy location,” says co-owner Rosemary Blackwell. The flavors include EA’s first ever pilsner, the 111 with a red door on its label, just like the one that will welcome people in Capitola.

Owner Justin Williams describes his operation as a “full fat” response to the overwhelming density of health-conscious farm-to-table spots in Santa Cruz. “We’re fryer-to-couch,” he says. What started as delivery only out of a home kitchen moved to Food Lounge and then Motiv and now is building out next door in a bigger, better space. Williams defers on an open date but aims to be kickin’ by the end of spring, with chicken and waffles, sandwiches and a cult-fave fried rice. “Stoner cuisine meets Southern food,” he says.

Cella finally comes to be at historic Cooper-Molera Adobe.

Alta Bakery was one of the best new restaurants to appear in 2019, as part of an ambitious and spellbinding reimagination of a super-strategic—and historic—network of properties in the heart of Old Monterey. Now the biggest piece of the puzzle, Cella Restaurant + Bar, looks like it could open as soon as March (though it’s safer to bet on late spring/early summer), with executive chef-partner Ben Spungin and veteran restauranteur partner Kirk Probasco overseeing the operation. “We live in Monterey County, and it has the best produce and proteins available,” Probasco says. “It will be Ben’s food.” Folks hungry for more specifics can mosey into Alta, dive into their rustic flatbreads, sandwiches and pastries, and picture it reimagined in a dinner setting.

The formula for the spot with the big-eared bunny symbol at 1203 Mission is simple but profound: artisanal mezcal and deep southern Mexican flavors. Chef Ana Mendoza presides over the kitchen, prepping authentic plates like mole estofado with pork ribs and enchiladas con mole coloradito, while Stuyvie Bearns Esteva and Noëlle Antonlin of Lúpulo Craft Beer House will handle front of the house and the bar. The trio is hoping to open in mid-February for lunch, dinner, late night tacos and weekend brunches. The bar will feature an impressive selection of mezcal imported from Mexico, in addition to seasonal cocktails. Like Lúpulo, Copal is committed to using fresh organic ingredients from local farms and the owners grow many of the herbs typical in Oaxacan cuisine that are difficult to find here.

The game changing Roman-style pizza spot from the team at Folktale Winery/ Seventh & Dolores is slated to be open for Carmel Culinary Week, which starts Jan. 19. Situated in the outside street corner of Carmel Plaza, it will serve antipasti, appetizers and salads to go with the main event: crispy cracker-like thin crust pizzas with broccoli de Cicco, artichoke, fontina and fennel sausage; San Marzano tomato, basil and buffalo mozzarella; pepperoni; quattro formaggi bianco and verde; prosciutto, mushrooms, sage, marsala and provolone; and mortadella, mozzarella, red peppers and pistachios; all available by quarter meter, half meter and full meter.

Venus Spirits Cocktails & Kitchen just signed on Chef John-Paul Lechtenberg (aka “Chef JP”), formerly of Hollins House, as executive chef. While he sets about evolving the menu, Catreina McGovert will take the front-of-the-house reins. Chef JP is also working on refining the menu and final kitchen details for the distillery’s new restaurant and cocktail bar, which are both part of a larger Venus expansion. The new space and its new tasting room, distillery and headquarters sits just around the corner from the current location. Founder and Distiller Sean Venus is stoked about the growing team. “I’m very excited about [who] we have surrounded ourselves with,” he says. “This brings us several steps closer to realizing our vision for the new space.” The menu tilts seasonal Americana, with small plates and shareable entrees inspired by Venus’ spirits and distilling process. The expected opening date for the 100-seat restaurant and distillery is April 2020.

An entirely new take on progressive food is patrolling Seaside as SPD has its new SNAACK Van rolling out to parks and community centers to connect with residents and distribute healthy snacks (and sporting equipment and school supplies) to kids. “We think it’s important for the youth to get to know us as human beings and people,” Chief Abdul Pridgen told KSBW. “And for us to get to know them.” In these intense and often trying times, that kind of connectivity feels very nourishing.